On Wednesday, in the final minute of the Timberwolves regular season opener, this cold-blooded three from Jimmy Butler tied the game at 108 apiece:

During the ensuing possession, DeMar Derozan, the 4x time-all star that the Spurs acquired in the Kawhi Leonard trade, took Butler off the dribble, and banked in a hang-and-bang leaner from the block.

After San Antonio’s off the glass bucket, with 32.4 seconds remaining, trailing by two, Tom Thibodeau called a timeout. The timeout, I assumed, was an attempt to get a quick play orchestrated for what would have been a 2-1 situation.

Unfortunately, DeRozan did a hell of a job defending Jimmy Butler, and MN’s attempt at getting a good look early in the possession simply didn’t occur.

So, as a result, Butler gave up the rock to Derrick Rose. Rose, with Bryn Forbes guarding him, unleashed a nasty crossover, and took it to the rack against the Michigan State alum.

A lot of Swedish, just too much mustard on the finish:

After the D Rose miss, MN naturally fouled the Spurs. DeRozan sunk both attempts from the charity stripe to seal the inaugural deal.

However, despite the loss, my spastic self is sitting here feeling like the fan of a 5-0 franchise.

Here’s what the f*ck I’m talking about:

First of all, looking back even less than a week ago, what kind of mad-man would have expected the artist known as Mr. Buckets to spend Wednesday scoring 23 points, acquiring a Mount Rushmore’s worth of steals, and doing it all while wearing a Timberwolves uniform? 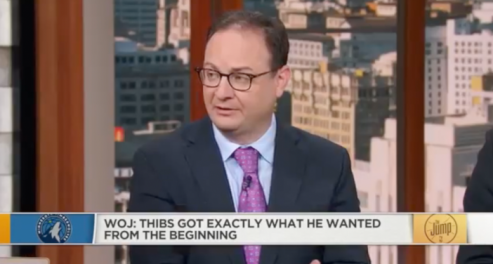 Second of all, as those cheesy NBA commercials accurately remind us, the association is a make or miss league. That adage, in particular, reigns especially true on makes or misses that take place from beyond the three-point line.

When dissecting an NBA box score, the vast majority of the time, the most telling stat relates directly to the long ball. 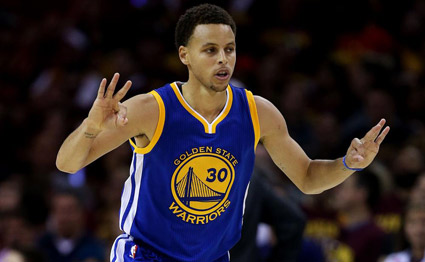 In addition to outscoring Minnesota by fifteen via the deep ball, when Pop’s squad popped a three, they produced 1.32 points per three-point attempt. In comparison, Thibs’ team wrapped up the opener scoring 0.95 points each time they fired one from long-range.

On the somewhat bright side of the shots from 23’9″ and longer topic, it’s not like the Wolves were out there clanking them. Yes, 31.6% definitly isn’t good, but it’s not like it was Ricky Rubio 2014-15 type trash.

It was just that the San Antonio, and their crafty bench players, were stroking. The Spurs’ reserve unit, led mostly by Davis Bertans (below), spent the evening making eight of their fifteen bombs (53.33 %).

Finally, even more noticeable than the three-ball discrepancy, was the poor performance from Karl-Anthony Towns. The Wolves center was Bubonic plauged by follow trouble all-night. When the game was all said and done, KAT only scored eight points (22 minutes).

Largely due to the Wolves’ freshly paid big fella spending a lot of time on the pine, the San Antonio Spur with two more All-Star appearances than DeRozan, LaMarcus Aldridge, inhaled 19 rebounds (8 offensive) and scored himself 21 points.

Now, despite what the beyond the arc, along with Karl-Anthony Towns topic, evidence suggests, Minnesota was still just a defensive stop and a basket away from beating a very good basketball team.

Before we turn the proverbial page on this game, let’s quickly address the potential cause(s) of Towns’ lackluster performance:

When it comes to the topic of the Big KAT, like fricken French Montana, I ain’t worried about nothin’.

Since I did expect KAT to explode on Wednesday, please take the following proclamation with a grain of salt: KAT is going to f*cken erupt in Friday’s home opener.

In my opinion, he’ll be treating the bucket & boards like their a meow mix buffet. Absolute feast mode. Neither Kevin Love or Tristan Thompson’s cheating on Khloe, no jump shot having ass doesn’t want a thing to do with that Kitty smoke.

As for the Kevin Love lead Cavs, they opened their year on Wednesday by losing to Kawhi Leonard and the Raptors.

In conclusion, during the Friday’s upcoming battle of the 0-1 squads, unless a Jimmy Butler trade occurs before tip, you can confidently expect your Wolves to register their first victory of the 2018-19 campaign.

I mean, with Lebron leaving for L.A., Kevin Love is now the face of Cleveland’s franchise. We know how that shit tends to works out.