As you can see, leading up to Sunday’s matchup against the Dolphins, Mike Zimmer & Co. retain the rights to the NFC’s all-important final playoff spot: 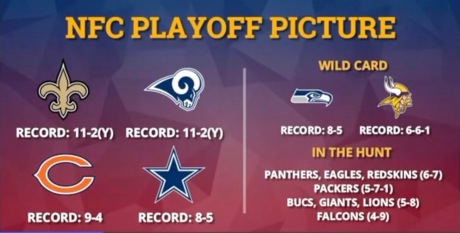 However, besides being mathematically eliminated from first-round bye consideration, Minnesota’s chances of winning the NFC North for a second-straight season are more slim than Shady. 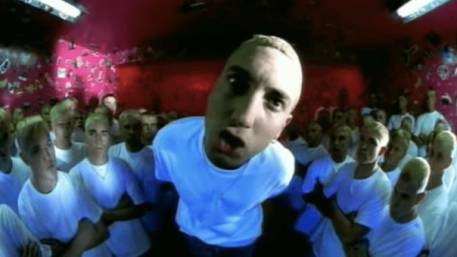 For the Vikings to become back-to-back division champs, in addition to winning their final three games (vs MIA, @ DET, vs CHI), the Bears (vs GB, @ SF, @ MN) would have to lose out.

Seemingly safely assuming that doesn’t happen, it’s Wild Card or bust for the boys in purple.

In order for the much preferred former to occur, over the next three weeks, figuring the Cowboys and Seahawks don’t choke, one of the below situations needs to come to fruition:

Scenario A: The Vikings go 3-0

Scenario B: The Vikings go 2-1

To conclude a nauseating note, in the event the Vikings close the season 0-3, regardless of how the other contending teams finish, that’s a wrap. Minnesota’s 2018 campaign would be more over than this article.

One thought on “A Look at the Minnesota Vikings Playoff Picture”